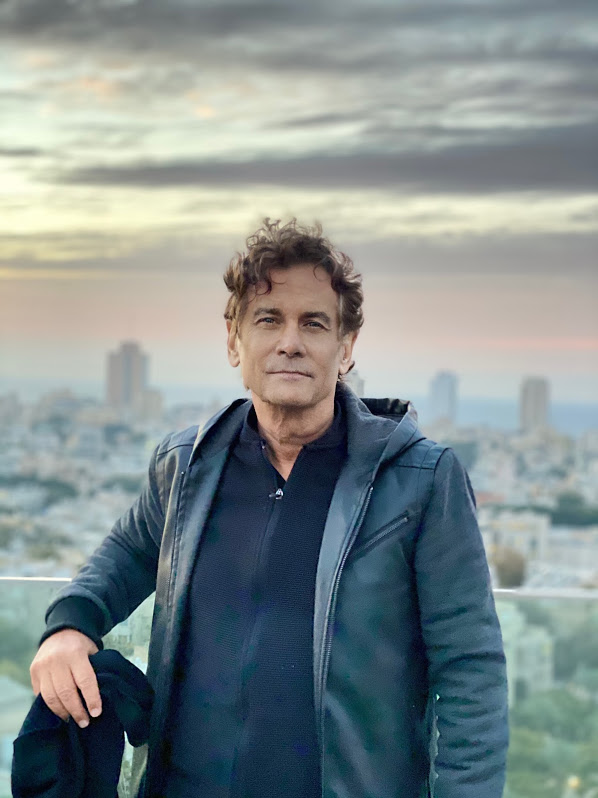 Pierre Rehov was born in Algeria when the country was still a French department. At a very young age, he witnessed a terrorist attack when his school was the target of an attack by the Algerian “National Liberation Front”. Although living in Algeria for several generations, his parents were forced to take refuge in France in 1961. Rehov graduated in international law at the University of Paris Asssas. At the same time, he did a journalism internship at the Figaro, which led him to write regularly for several daily newspapers and magazines, particularly on cinema, which was his passion at the time.

During his late military service, he was hired by the PAC publishing house to write the memoirs of the actress Romy Schneider, then those of a well-known rock singer in France, Eddy Mitchell. He went on to write an essay on fantasy cinema, which led him to organise several festivals on this theme before becoming a film distributor and then a producer.

In 1983, Rehov moved to Hollywood, where he participated in the production of an action film directed by Simon Nuchtern: “Savage Dawn”. The commercial failure of the film forced him to return to Paris, where he became a full-time ghost writer. Many well-known but “broken-down” authors called on him. Between 1986 and 1991, he collaborated in the writing of more than twenty novels and essays.

The rights to his first personal novel “Les chemins d’Amérique”, published under the pseudonym “Pierre Malvine”, were acquired by the French television channel TF1, which did not follow up on the production of a series it had planned.

Founder of a small group of magazines, he returns to journalism until 2000, when, out of passion, he gets involved in the Israeli-Arab conflict by making, from the field, documentaries composed of exclusive images. One of his films, “Suicide Killers”, exploring the psychopathology of suicide-terrorists, earned him a great reputation in the USA, where he is regularly invited to express himself on CNN, MSNBC, FOX NEWS and John Stewart’s DAILY SHOW.
Rehov also graduated from the IDC counter-terrorism school in Hertzlya-Israel.
In 2008 he returned to writing. Albin Michel publishes “Cellules Blanches”.
The same year, he is embedded as reporter in the US 4/1 cavalry in Iraq where he films hours of dailies, later to be part of his documentary “The Path to Darkness”
In 2019 he publishes “Tu seras si jolie” (Belfond) and in 2020 “Ted” (La Mécanique Générale).

Pierre Rehov divides his life between New York and Tel Aviv. He is the divorced father of 2 and engaged to Sharon Yambem, a Jewish immigrant from India.